Open vSwitch needs to be compiled with the kernel modules (modules USE flag) for kernel versions <3.3, since 3.3.0 it is included in the kernel as a module named "Open vSwitch" and can be found in kernel at Networking Support -> Networking Options -> Open vSwitch. Then just emerge openvswitch with

These Configs are taken from the Open vSwitch website at http://openvswitch.org and adjusted to funtoo's needs

Host1, Host2. Both hosts are running Open vSwitch. Each host has two NICs:

VM1, VM2 run on Host1. VM3, VM4 run on Host2. Each VM has a single interface that appears as a Linux device (e.g., "tap0") on the physical host. (Note: for Xen/XenServer, VM interfaces appear as Linux devices with names like "vif1.0"). 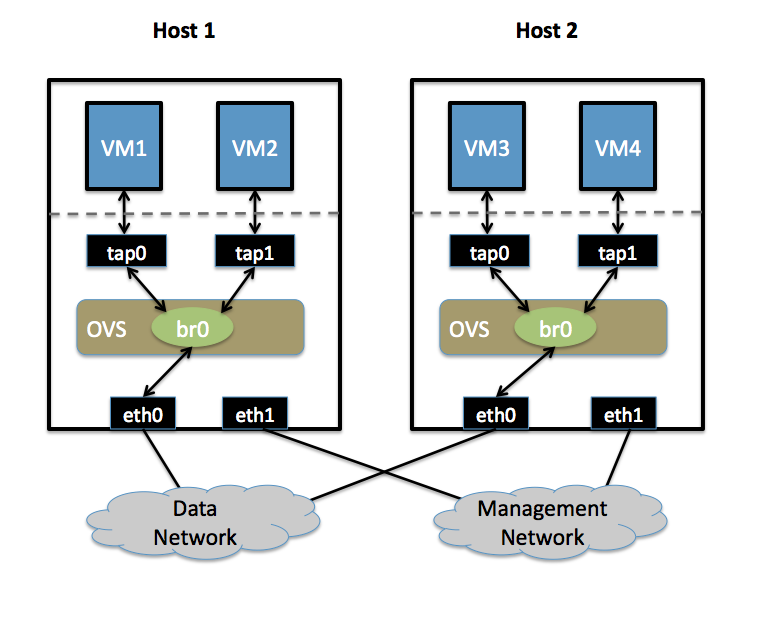 Perform the following configuration on Host1:

On Host2, repeat the same configuration to setup a bridge with eth0 as a trunk

This will setup a VM traffic Monitor using sFlow.

VM1, VM2 run on Host1. Each VM has a single interface that appears as a Linux device (e.g., "tap0") on the physical host. (Note: same for Xen/XenServer as in the VLANs section.) 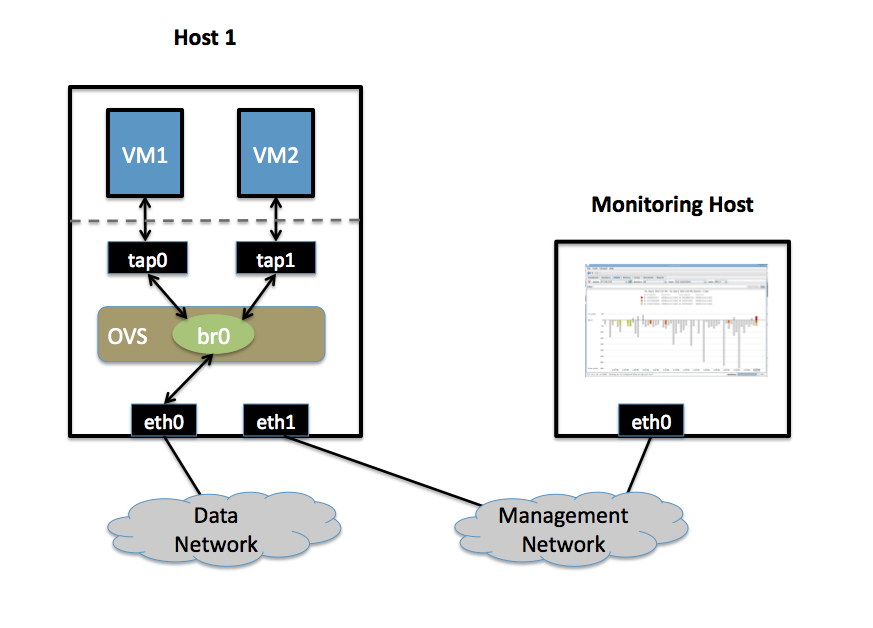 Define the following configuration values in your shell environment. The default port for sFlowTrend is 6343. You will want to set your own IP address for the collector in the place of 10.0.0.1. Setting the AGENT_IP value to eth1 indicates that the sFlow agent should send traffic from eth1's IP address. The other values indicate settings regarding the frequency and type of packet sampling that sFlow should perform.

Run the following command to create an sFlow configuration and attach it to bridge br0:

That is all. To configure sFlow on additional bridges, just replace "br0" in the above command with a different bridge name. To remove sFlow configuration from a bridge (in this case, 'br0'), run:

To see all current sets of sFlow configuration parameters, run: