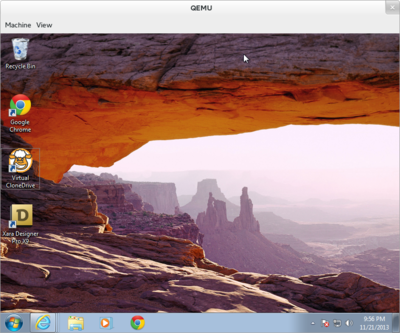 You will need KVM to be set up on the machine that will be running the virtual machine. This can be a local Linux system, or if you are using SPICE (see #SPICE (Accelerated Remote Connection), a local or remote system. See the SPICE section for tweaks that you will need to make to these instructions if you plan to run Windows 7 on a Funtoo Linux system that you will connect to remotely.