News:How We're Keeping You At the Center of the Funtoo Universe

From Funtoo
Jump to navigation Jump to search

How We're Keeping You At the Center of the Funtoo Universe

Read about recent developments that keep you, our users, at the forefront of our focus as Funtoo moves forward.

When people ask about what makes Funtoo Linux different, I always mention our user-centric model. This means that the project is focused, as much as possible, on the needs and concerns of our users. Developers and contributors, including myself, are considered users of Funtoo Linux first and foremost, and the voice, ideas and suggestions of a user are given the same weight as a developer.

In this news item, I'm going to describe several recent developments in the Funtoo Linux project that are a reflection of our user-centric model. 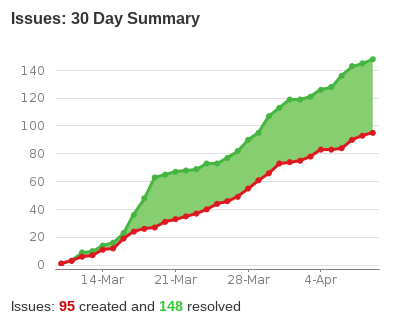 It's my goal to stay on top of our open bugs, and scale our bug squashing capabilities as our project grows, so that we don't get a huge backlog of open bugs. We are moving in the right direction on that front.

We have a number of git repositories mirrored on GitHub, and up until recently, issues filed against these repositories on GitHub were often missed. Our GitHub issue integration is now complete and no longer beta, and issues are imported from GitHub every few days. This means that issues on GitHub will be acted upon in a timely manner.

Getting You Fixes Faster

Funtoo Linux started as a project to get my baby Gentoo Linux to build reliably, and started as a small set of patches. Over time, these patches grew into their own overlay, which was merged with the Gentoo Linux tree by hand. This was a time-consuming and frustrating process and required me or another Funtoo Linux developer to resolve conflicts that would inevitably arise. At one point, I wondered why were were doing so much manual work, and wrote a set of merge tools to automatically combine Funtoo's overlays as well as third-party overlays with the latest Gentoo changes, in a way that prevented conflicts from even occuring. It was wonderful to have everything update automatically. Up until recently, we regenerated our tree and merged in Gentoo changes every 4 hours, so every 4 hours, emerge --sync would give you new stuff.

I've massively overhauled this merge process. Now, as soon as something is committed to one of our Funtoo overlays, the portage tree is automatically regenerated. In addition, new Gentoo changes are imported every 4 hours. This means that you will see changes at least every 4 hours. The only exception to this rule is that we now have a special "hand-brake", where we can lock the Gentoo tree to a certain commit, and stop importing new Gentoo changes into Funtoo for a period of time. This is a useful thing to have -- sometimes there is quite a bit of maintenance going on in the Gentoo tree, and it can make sense to pull the hand-brake and wait until the dust has settled. Now we can :)

The enhanced tree update process doesn't end there. Metro has been enhanced with a QA engine, so that prior to any changes being sent to Funtoo Linux users, a number of QA checks are performed. Currently this includes ensuring that any updates to ebuilds in a stage3 merge cleanly for both funtoo-current and funtoo-stable. If the QA test fails, changes are not pushed to you. This is a great example of how we are looking out for our users.

As described in this forums post, subarch profiles are now part of Funtoo Linux. By user request, I've added an Intel64-sandybridge subarch, and will be auto-building Intel Sandy Bridge stages soon.

Our selection of custom CPU-optimized builds is quite extensive, and is built using Metro using some its Metro#Advanced_Features, such as distributed builds. Our collection of stages is managed by Metro's repository management feature. And to make things easier to navigate, Tabs have been added to the Subarches page for each kind of CPU. This turns what was a long list into something much more manageable.

Regarding Funtoo's unique profile system, I am currently in the process of rewriting eselect profile to make it much faster, more powerful, useful, and easy-to-use. To do this, I will be introducing a new tool that will be used instead of the venerable eselect. This tool should be available within a week.

And to top things off, Funtoo Hosting is back with additional capacity! We now have a server located in Denver, CO, USA, on a 1Gbit uplink. A monthly donation of $15, $30 or $45 a month will get you a SSD-backed virtual Funtoo Linux container with good, crazy, or just plain silly capabilities. Check out our Funtoo Hosting page and consider getting one! Your funds are used to build out Funtoo infrastructure and also help support me and my staff.

I hope that this has given you some insight into great things that are happening with Funtoo Linux -- and served as examples of how you are important to us.